Posted on December 11, 2016 by thetravellinggourmet

These Award Winning Gourmet treats are the BEST pies in the UK!! The Steak and Kidney Pie with hot, hot gorgeous gravy in a cute stainless steel pot…is to ‘tweep’ a high value terrorist leader for…meaty Steak and Kidney Pies are for Macho men not wimps. I love them! NO soggy bottom on their pies! The Fish Pie with Seafood is also remarkably yummie! Crayfish, Hake, bite sized chunky Salmon…lovely smooth mash potato…Accompanied by a pint or two of BAR DOOM English Ale! More power to your elbow lads! Wahahah! Sweet treat of Apple Pie with Fig slices on top and Creme fraiche Vanille ice cream!! The gentleman in charge is helpful and affable Dawson, who will recommend the best pies and ale that suits your taste. A most helpful and humble gentleman.

THE place for PIES in London, me China plate (mate in Cockney)! The WINDMILL! No, not Le Moulin Rouge…The Windmill in Mayfair! It is no ordinary Rub-a-Dub (Pub in Cockney) Wahahahah! 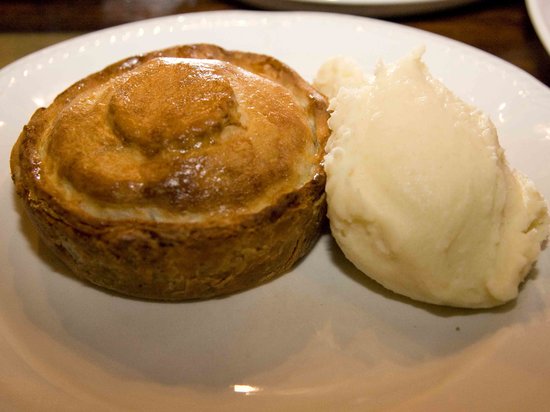 Pies of Perfection with Mash can be enjoyed in the Windmill!

THE TRAVELLING GOURMET’S AWARD FOR THE BEST PIES AND THE BEST PUB IN LONDON for 2017 goes to THE WINDMILL OF MAYFAIR!!!!! ***

POPPIE’S for the BEST Fish and Chips in London, maybe the world even!

The other place a true gourmet goes to is POPPIES in Spitalfields for the BEST Fish and Chips in London if not the whole of the UK! Very near one of my favourite hotels, namely the aamazing ANDAZ in Liverpool Street. They only use FRESH fish SEMPRE…what else…to paraphrase looney clooney…NOT every yummie restaurant has Michelin stars! Some of the BEST have NO Michelin stars! Poppie’s fish and chips and mushy pies are to kill terrorists for! I LOVE ’em!!!! 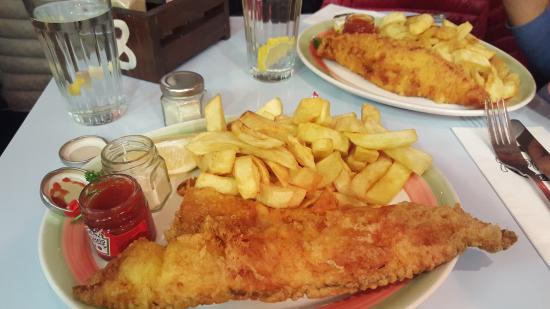 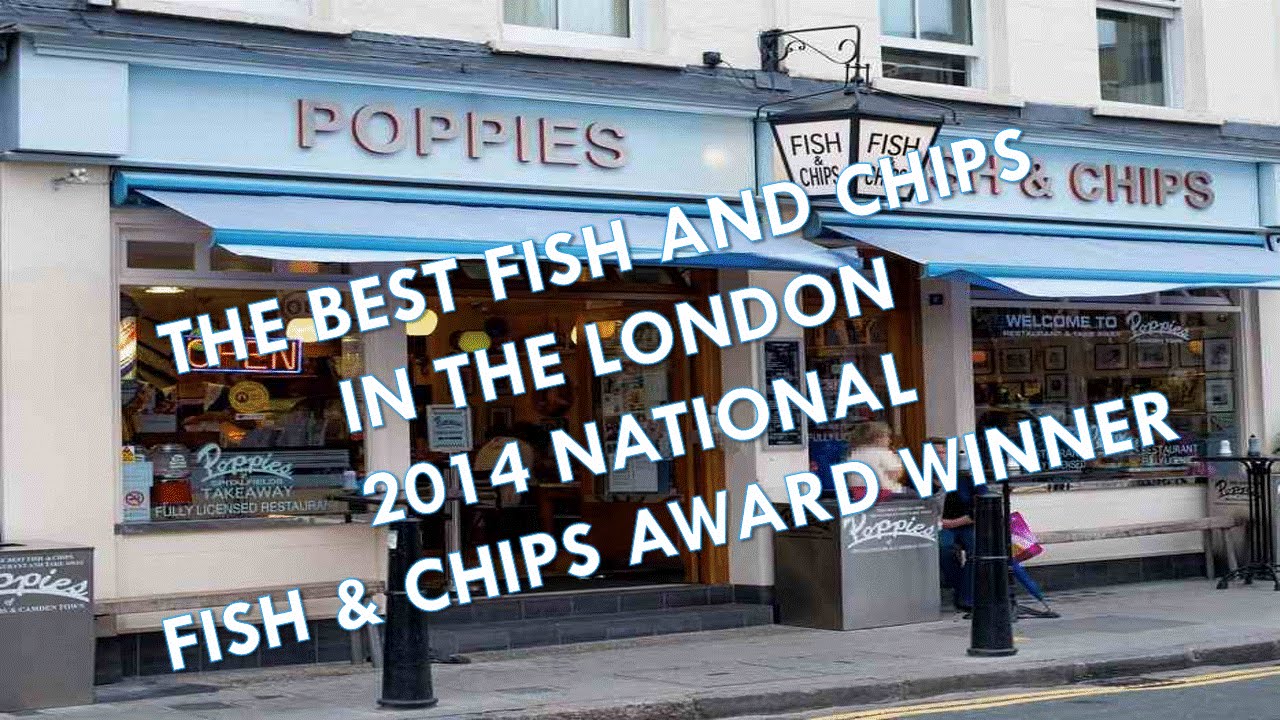 THE TRAVELLING GOURMET’S AWARD FOR THE BEST FISH & CHIPS IN LONDON GOES TO…POPPIE’S OF SPITALFIELDS!!! *****

To the Stafford  and the American Bar…

Nearby is my favourite Bar in London…at the splendid Stafford. This historic 5 Star hotel was founded in 1912. It also has one of the BEST wine cellars in London! Good yumie haute cuisine offerings in the Lyttelton Restaurant will please the most discerning palate. Tucked away discreetly here in St. Jame’s Place, the celebrated American Bar is where I go…when I am in London…to drink a toast of Beefeater London Gin (Vera Lynn in Cockney) & Tonic…in honour of the legendary, the lovely, the indomitable heroine of the Special Operations Executive aka SOE…Nancy Wake ((30 August 1912 – 7 August 2011). She who attacked Gestapo Headquarters with Mills Bombs and 9 mm Sten selective fire sub-machine gun…and lived to tell the tale…A lady of charm and savoire-faire, who when she had too, killed German sentries with her bare hands. I love strong and smart women. Weak, anaemic, anorexic bimbotic women bore me no end…Nancy Wake, born in Wellington, New Zealand lived part of her twilight years in the Stafford Hotel until she passed away peacefully at the age of 98. Nancy Wake’s favorite tipple…Gin & Tonic! Cheers! 🙂

CHEAP AND NASTY…THE FAVOURITE weapon of the daredevil intrepid British Commandos. Lethal at close range…in the right hands…The 9mm Sten sub machine gun was designed to use German 9mm ammunition if need be.. Very good for close work…easily disassembled and concealed. Note the simple peep rear sight. Never ever drop a Sten SMG because it will fire accidentally, unlike the UZI SMG also in 9mm.

SOE Officers were also trained in the use of the Fairbairn-Sykes Fighting Knife which was specially designed, but not for your Tournedos Rossini…capisch

The deadly and indomitable White Mouse…

Known by the Gestapo as the White Mouse for her uncanny ability to avoid capture, Wake saved the lives of hundreds of allied lives during World War II and by 1943 became the Gestapo’s most-wanted person with a five million franc price on her head. Following the war Nancy Wake became one of the most highly decorated women of the war, receiving the George Medal, Medal of Freedom and Médaille de la Résistance in addition to numerous other honours.

The movie “My name is Charlotte Gray” was inspired by her incredible exploits fighting the vile Nazis.

Scourge of the loathsome Gestapo…

The Stafford hotel opened in 1912, located at number 16-18 St. James’s Place. Originally built as private residences in the 17th Century; number 17 was most famously owned by Lord and Lady Lyttelton, daughter of the then Earl Spencer. She was pressed into service as nanny to Queen Victoria’s children…

Dining options including The Lyttelton restaurant, once the drawing room of Lord and Lady Lyttelton, the private dining rooms, the Wine Cellars…and the award-winning American Bar. The Travelling Gourmet TM has NO hesitation in highly recommending the Stafford for good Food and for inimitable cocktails…where else but the American Bar! More power to your elbow (olde English toast)

As a renowned Travel, Food & Wine Writer he has travelled the world in a keen & indomitable pursuit of exotic delicacies & fine wines. His articles have been published in over 20 prestigious publications, both local & international. Dr. Lim has toured and trained in Wine Evaluation & Oenology in most of the world's top wine producing areas from France to Australia. The Travelling Gourmet says, "Gastronomy has no frontier. These are the gastronomic voyages of The Travelling Gourmet. My unending mission. To explore strange new cuisines, to seek out new wines and new culinary experiences, to boldly go where no gourmet has gone before...." Have pen, will travel. All rights reserved. No part of this publication may be reproduced or transmitted in any form or by any means, electronic or mechanical, including photocopy, recording, or any other information storage & retrieval system, without permission from Dr. Michael Lim The Travelling Gourmet and/or MSN. Material may be works of fiction. Names, characters, places and incidents may be true but may also be products of the author's imagination or are used fictitiously. Any resemblance whatsoever to actual person or persons, either dead or living, events, or locales may be entirely and purely coincidental and unintentional. No part of this website may be used to villify others or for criminal purposes. Interests: Travel, Food, Wines, Cooking, Wine Appreciation, Parachuting, Languages, Music, Reading, Swimming, Hunting, Ballet, Fencing, Archery, Anthropology and more... The Travelling Gourmet is a copyrighted trademark. All rights and photos reserved. No part may be reproduced without permission.
View all posts by thetravellinggourmet →
This entry was posted in Art, Chocolates & Desserts, Entertainment, Fabulous Food, Fabulous Food and Gorgeous Drinks, Fabulous Food, Gorgeous Wines!, Food and drink, Friends & Comrades, Gorgeous Wines!, Gourmet cuisine, History, Hotels & Resorts, Let them eat Cake..., Movies, News and politics, Organizations, Snacks & Little Bites, Travel, Voyages, Wine Appreciation and tagged Dr. Michael Lim is The Travelling Gourmet TM#The Windmill Mayfair, Gestapo, Gin And Tonic, Mills Bomb, nancy Wake SOE, Poppies Fish and Chips***, The American Bar, The White Mouse, The |Stafford. Bookmark the permalink.