HYPOCRISY has a name…

Posted on July 21, 2017 by thetravellinggourmet

“There’s no f—— way I eat on planes,” he told Refinery29 last week in typically forthright manner. “I worked for airlines for 10 years, so I know where this food’s been and where it goes, and how long it took before it got on board.”

Clearly he doesn’t believe the huge sums of $$$$ dished out by airlines to celebrity chefs in recent years has made their food any more palatable. Heston Blumenthal (BA), Joel Robuchon and Alain Ducasse (both Air France) are among the other kitchen luminaries to have offered their wisdom. Forget Air France,,,one of the world’s worst airlines according to many, not necessarily only myself…Ha! Ha! Many patriotic feel the exact same way about their national airline…one of life’s ittle ironies…Wahahahahah! Once I was on First Class Air France and looking forward to some gorgeous gourmet goodies when…lo and behold…Alors Voila! La Grand Greve or a great big STRIKE by malignant marxist communist union crackpots and NO gourmet food! Les cons! Just bloody awful sandwiches! What the hell! That is why now I NEVER EVER fly Air France!

Given that Gordon Ramsay, infamous for his sadistic bullying of young aspiring Chefs and foul language worse than a SALT-BAKED Royal Navy matelot, who has worked as a consultant for Singapore Airlines, AND opened a restaurant at Heathrow called Plane Food, one could rightly assume that Gordon Ramsay has developed a passion for in-flight dining and PLane Food…

Hell no, this sorry excuse for a chef, who is a failed footballer spouts his dislike and even hatred of airline food! After which this foul mouthed poseur cook…wait for it mateys…wait till you see the whites of their eyes…gay Gordon opens a restaurant in Terminal 5 of London’s Heathrow Airport selling …yes, food to take on board your flight like picnic packs and so on. This is HYPOCRISY ! HYPOCRISY on a grand scale. On a side note the ORIGINAL meaning of the adjective ‘gay’ is happy and merry.

I am not known for being politically correct and I hold Jamie Oliver, Gordon Ramsay and Nigella Lawson in very low regard.

I have it on very good authority from many highly reliable sources (that shall be nameless)…that foul mouthed Gordon Ramsay. eats ALL that he is served on flights…Including eye witness accounts.

As Baron Francois de la Rouchefoucauld put it so well:

In English: Hypocrisy is a homage that Vice pays to VIRTUE.

Just like Matt Damon making tons of $$$$, in the role of rogue Intelligence Officer Jason Bourne, firing and shooting and killing the baddies in reel life, using all manner of highly lethal pistols, rifles, shotguns and sub machine guns…

GUN control is putting all your rounds into the brain of your enemy/attacker  in a 2 inch group.

I loathe and detest hypocrites. 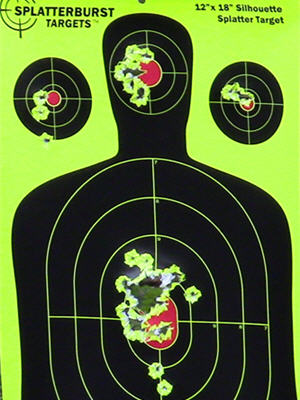 As a renowned Travel, Food & Wine Writer he has travelled the world in a keen & indomitable pursuit of exotic delicacies & fine wines. His articles have been published in over 20 prestigious publications, both local & international. Dr. Lim has toured and trained in Wine Evaluation & Oenology in most of the world's top wine producing areas from France to Australia. The Travelling Gourmet says, "Gastronomy has no frontier. These are the gastronomic voyages of The Travelling Gourmet. My unending mission. To explore strange new cuisines, to seek out new wines and new culinary experiences, to boldly go where no gourmet has gone before...." Have pen, will travel. All rights reserved. No part of this publication may be reproduced or transmitted in any form or by any means, electronic or mechanical, including photocopy, recording, or any other information storage & retrieval system, without permission from Dr. Michael Lim The Travelling Gourmet and/or MSN. Material may be works of fiction. Names, characters, places and incidents may be true but may also be products of the author's imagination or are used fictitiously. Any resemblance whatsoever to actual person or persons, either dead or living, events, or locales may be entirely and purely coincidental and unintentional. No part of this website may be used to villify others or for criminal purposes. Interests: Travel, Food, Wines, Cooking, Wine Appreciation, Parachuting, Languages, Music, Reading, Swimming, Hunting, Ballet, Fencing, Archery, Anthropology and more... The Travelling Gourmet is a copyrighted trademark. All rights and photos reserved. No part may be reproduced without permission.
View all posts by thetravellinggourmet →
This entry was posted in Commercialism & Hypocrisy, Greed & Avarice, History, Let them eat Cake..., Materialismus, Nobody's perfect..., obnoxious and arrogant people, Rude, Voyages and tagged Baron Francois de la Rouchefoucauld, Dr. MIchael is The Travelling Gourmet TM, gordon ramsay foul mouthed chef, HYPOCRISY!, plane food LHR T5. Bookmark the permalink.