Posted on February 17, 2021 by thetravellinggourmet

The debonair and indomitable Travelling Gourmet TM reveals the…

In January 2021, it was found that exports of Australian wine to China have FALLEN by a staggering 98% in only two months. Vile China’s unjustified trade tariffs of crushing new import taxes of up to 212% has hit the Australian Wine industry. The crushing new taxes were imposed at the end of November 2020 as part of an trumped up anti-dumping inquiry. Since then exports have nosedived by  $158 million – down from $162 million in October to $4 million in December 2020. The  hardest hit are red wine shipments.

Vile China’s total imports for the whole year were down almost 20% in value to US$2.83bn, while volumes dropped by nearly 29% to 471.3m litres compared with the previous year of 2020, according to Chinese research company ASKCI. This was largely in line with industry watchers’ forecasts, who had predicted that the global pandemic would knock at least 20% off any growth.

The plain truth is that Australia’s greed for china’s market and lack of foresight of how a vile communist dictatorship operates are part of the reasons for this fiasco. Australia would do well to find other markets for their wines as well as their lobsters, barley, coal, wheat and other products which china has also attacked in a bitter trade war over the china virus. There are no new markets for Australian wines but Australia must focus on the markets in Europe, America, South Korea and South East Asia. Free Trade Agreements like RCEP which Australia foolishly joined count for nothing when you are dealing with a vile communist dictatorship who does not follow agreements. Not for nothing is Greed and Avarice one  of the seven deadly sins.

Treasury Wine Estates  of Australia plans a major overhaul of its business that includes the likely sale of low priority brands and other assets, aiming to gain at least A$300 million ($230 million) as it reels from the impact of steep Chinese tariffs on Australian wine. One of their labels is the famous Wolf Blass.

The restructuring was unveiled on 17 February 2021, as the world’s largest listed winemaker reported a 43% slump in first-half net profit to A$120.9 million ($94 million) and cut its interim dividend by a quarter to 15 Australian cents per share. 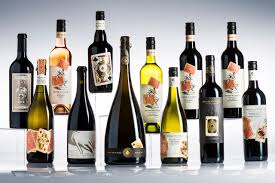 At the same time the china’s domestic wine production declined for the fifth consecutive year, down by 6.1%to 413m litres last year. Chinese winemakers claim that the decline is a result of cuts from big volume producers such as Changyu and the state owned Great Wall winery.

Meanwhile, South Africa is making the same mistakes that Australia made. Beijing has hit a range of Australian goods with punitive duties, deliberately created new layers of red tape and banned some Australian imports outright, giving South African suppliers of anything from coal to beef to copper a boost. Blinded by greed, South African wine exports to china have jumped 50% over the past three months, according to the Wines of South Africa trade body. Hopes are high for even more sales once Australian stocks are polished off during China’s Lunar New Year holiday. In time to come South Africa may well regret their foray into china’s market in the same way that Australia fells today. 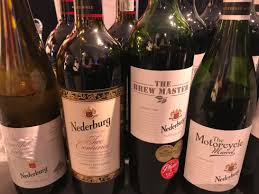 As a renowned Travel, Food & Wine Writer he has travelled the world in a keen & indomitable pursuit of exotic delicacies & fine wines. His articles have been published in over 20 prestigious publications, both local & international. Dr. Lim has toured and trained in Wine Evaluation & Oenology in most of the world's top wine producing areas from France to Australia. The Travelling Gourmet says, "Gastronomy has no frontier. These are the gastronomic voyages of The Travelling Gourmet. My unending mission. To explore strange new cuisines, to seek out new wines and new culinary experiences, to boldly go where no gourmet has gone before...." Have pen, will travel. All rights reserved. No part of this publication may be reproduced or transmitted in any form or by any means, electronic or mechanical, including photocopy, recording, or any other information storage & retrieval system, without permission from Dr. Michael Lim The Travelling Gourmet and/or MSN. Material may be works of fiction. Names, characters, places and incidents may be true but may also be products of the author's imagination or are used fictitiously. Any resemblance whatsoever to actual person or persons, either dead or living, events, or locales may be entirely and purely coincidental and unintentional. No part of this website may be used to villify others or for criminal purposes. Interests: Travel, Food, Wines, Cooking, Wine Appreciation, Parachuting, Languages, Music, Reading, Swimming, Hunting, Ballet, Fencing, Archery, Anthropology and more... The Travelling Gourmet is a copyrighted trademark. All rights and photos reserved. No part may be reproduced without permission.
View all posts by thetravellinggourmet →
This entry was posted in Food and drink, Gorgeous Wines!, Greed & Avarice, History, Let them eat Cake..., News and politics, Nobody's perfect..., Organizations, Wine Appreciation and tagged Australian Wine, China tariffs on Australian wine, Dr. Michael Lim is the The Travelling Gourmet TM, Nederburg, South African Wine, Treasury Wine, Wolf Blass. Bookmark the permalink.